Washington, D.C. has been credited with having the most advanced U.S. captive enabling laws, including its initial statute in 2000 and updating legislation in 2004. Now the District’s Captive Insurance Company Amendment Act of 2014 once again brings the domicile to prominence as the most innovative domicile in the nation. With the new law, which goes into effect in March 2015, Washington is more than ever “the capital for captives.”

Elements of the New Law include a provision to eliminate capital and surplus requirements for the core captive insurance company of a cell-structured captive network as long as the core captive does not itself provide coverage. Another provision allows the commissioner to extend?or waive the requirement to conduct financial examinations of captives (except risk retention groups) every five years upon satisfaction of specified criteria.

Washington is the “Capital for Captives” on Many Levels

As the capital city of the United States and a leading center of law, communications and global finance, Washington has for 15 years been a compelling magnet for forming and managing captive insurance companies. It is considered among the best domiciles for knowledgeable captive owners and those managers with sufficient resources to benefit from the captive concept. Unlike most other captive domiciles, the Risk Finance Bureau of the D.C. Department of Insurance, Securities and Banking (DISB) has a staff devoted to captive insurers. While Washington includes the full range of captives in terms of type and size, D.C. captive insurance companies’ median premium is a relatively high $6.8 million.

Captive owners and managers can approach licensing in Washington with the confidence that their companies’ scope and volume of business will be readily accommodated. No applicant will be “too big” for Washington to handle.

Washington is a Comfortable Domicile for the Full Range of Captives, Here are 3.

PURE CAPTIVES
VSC Re Company is a subsidiary?of Credit Acceptance Corporation (CAC) of Southfield MI, a publicly traded automobile finance lender and service contract insurer founded in 1972. CAC had revenues of $609 million and shareholders equity of $622 million for the year ending Dec. 31, 2012.

PROFESSIONAL/TRADE ASSOCIATIONS
Greater Washington is the home of more than 5,000 associations, many?of which require liability or P&C coverage for their chapters or members. Government Entities Mutual, Inc. (GEM) formed in 2003 and was approved as a protected cell insurer in 2010. GEM provides reinsurance to its members for liability, workers’ compensation, auto physical damage and property coverages.

RISK RETENTION GROUPS
Washington has proved itself as a leading national domicile for risk retention groups. The Risk Finance Bureau’s experience and skill in regulating these groups has resulted in continual growth of the number of RRGs among Washington captives. An example is the Caring Communities Risk Retention Group of Libertyville, Illinois, which provides liability insurance to more than 40 senior care facilities throughout the U.S. A.M. Best recently upgraded Caring Communities to an A (Excellent) rating.

The Risk Finance Bureau?is working to restrain costs of RRG examinations by providing in- house or closely managed contract examiners. The RFB’s exams are competitively bid in a process that is transparent to captive owners and managers. While each RRG is unique requiring more or less complex exams, the average cost of RRG exams last year was $40,000.

Licensees of the Risk Finance Bureau are assured that all aspects of their approval, regulation and examination will be accomplished within the division. In many?other domiciles a captive may be licensed by one office?and then find itself dealing with personnel of other departments for matters of examination or compliance. No such awkward and debilitating circumstances slow things down in D.C.

Once a captive joins the Washington roster it will deal with the same staff through all aspects of regulation.?No “surprises” from personnel unfamiliar with captive insurance or a specific company.

Full Disclosure: Washington is Not a “Mass Marketer”

Leadership of the Risk Finance Bureau freely admits that it does not intend for D.C. to be?the largest or easiest domicile. High standards apply, and some captive owners may be more comfortable applying elsewhere. For example, the Risk Finance Bureau does not encourage applications from small-employer health plan stop-loss captives because the city’s political leadership favors the use of ACA exchanges. Similarly, the RFB looks closely at coverages and premium levels projected by small business captives electing IRS Code 831(b) tax treatment. Not everyone will agree with this approach but the Bureau believes it should make its priorities clear before a captive entity goes to the expense of application. That said, all applications will receive full professional consideration and courtesy.

The Risk Finance Bureau works hard to maintain cohesion within the DISB and the District of Columbia government. This will help assure that the District government will remain supportive of advanced captive insurance concepts and autonomous RFB regulation.

A Mature Infrastructure with Room to Grow

The Risk Finance Bureau is staffed and trained to accept a healthy volume of new captive insurance company applicants.

Offshore captive owners and managers are welcome to discuss redomestication to Washington if they find that their?key constituents would be more comfortable in a domestic domicile.

Because of its central position in U.S. business, law and communications, the region offers outstanding captive insurance services including captive management, legal counsel, accounting, auditing, actuarial and communications. The Captive Insurance Council of the District of Columbia (CIC-DC) operates continual educational events with full access to leaders of the Risk Finance Bureau.

Washington’s captive insurance community is a collegial structure that encourages education, networking and interface with members of the Risk Finance Bureau, to positive effect for all parties. 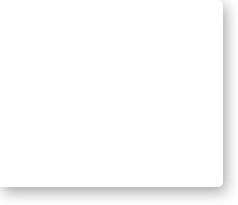